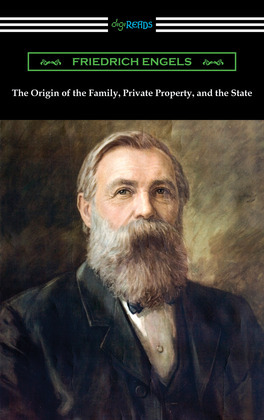 The Origin of the Family, Private Property, and the State

First published in 1884, ?The Origin of the Family, Private Property, and the State? is the groundbreaking treatise on the history of the nuclear family unit by Friedrich Engels. Largely based on notes written by Karl Marx found by Engels after his death, the treatise examines the findings in American anthropologist Lewis H. Morgan?s book ?Ancient Society?, which posits that human progress may be divided into three stages: savagery, then barbarism, and finally modern civilization. Morgan argued that primitive human cultures were matrilineal in nature and that power in tribal societies was controlled by women. Influenced by Morgan?s research, Engels contends that the institutions of private property and inheritance have led to the creation of the nuclear family and the patrilineal system found in most modern societies. The work argues that the status of women as property of their husbands is a result of this transformation and only by eliminating private property and converting to communism can women finally have an equal place in society. While many 20th century anthropologists have disputed the conclusions reached by both Morgan and Engels regarding how ancient societies functioned, ?The Origin of the Family, Private Property, and the State? remains a thought-provoking critique of the modern family and the inequitable distribution of wealth.