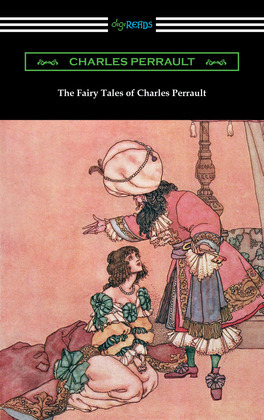 The Fairy Tales of Charles Perrault

?The Fairy Tales of Charles Perrault? is a collection of stories by the French author credited with creating the fairy tale genre. After a lengthy career in service to his King, Perrault devoted the rest of his life to writing and in 1697 published ?Tales and Stories of the Past with Morals?, or ?Tales of Mother Goose?, which included such iconic tales as ?Sleeping Beauty?, ?Cinderella?, ?Little Red Riding Hood?, ?Puss in Boots?, and ?Bluebeard?. Perrault?s tales were a combination of his own original ideas and older tales that had been repeated and passed down for generations among France?s rural population. ?Mother Goose? was a persona created by Perrault to refer to this agrarian story-telling tradition that had become increasingly popular in sophisticated royal circles and inspired his collection of tales. Perrault?s fairy tales were hugely influential to generations of writers that came after, including the Brothers Grimm who published their collections of local magical tales a century later. While many of Perrault?s stories have been adapted by new authors over the centuries, several of his tales remain virtually unchanged over three hundred years after they were first published. These timeless adventures of magic and romance continue to delight and entertain children and adults all over the world. This edition follows the translations of A. E. Johnson and includes illustrations by W. Heath Robinson.