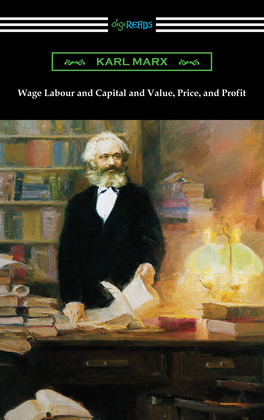 Wage Labour and Capital and Value, Price, and Profit

Karl Marx is one of the most influential social theorists and political philosophers of the 19th century. His hugely significant works ?The Communist Manifesto? and ?Das Kapital? fundamentally changed the way the world viewed economy and politics. His groundbreaking theory that much of a society?s conflict is based on an economic imbalance between the wealthy ruling class, the bourgeoisie, who control the means of production, and the working class, or the proletariat, who are forced to sell their labor in return for wages, helped spur the development of socialist and communist political systems. This edition contains two of his more important essays. First written in 1847, ?Wage Labour and Capital? is the foundation for the economic theories that were later developed in ?Das Kapital?. ?Value, Price, and Profit? was first given as a speech by Marx in 1865 and expands on his ideas regarding the relationship between wages and profit. Marx argues that workers are responsible for creating the value that leads to profit and they are entitled to share in it through increased wages. Marx?s theories remain widely studied for their relevance and insight into the problems and inequalities that continue to exist in modern economic systems.