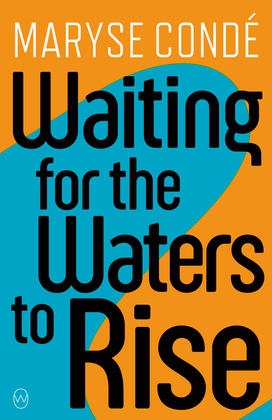 Waiting for the Waters to Rise

LONGLISTED FOR THE 2021 NATIONAL BOOK AWARD IN TRANSLATED LITERATURE

By the winner of the 2018 Alternative Nobel Prize in Literature

“At once touching and devastating, the book explores the effects of loss and grief on a personal, communal, and national level, but does so with a personal voice that feels more like a having a conversation than reading a book…it is a novel that cements Condé as a literary giant who beautifully chronicles the humanity found in some of the most violent places in the world.” —GABINO IGLESIAS, NPR

Babakar is a doctor living alone, with only the memories of his childhood in Mali. In his dreams, he receives visits from his blue-eyed mother and his ex-lover Azelia, both now gone, as are the hopes and aspirations he’s carried with him since his arrival in Guadeloupe. Until, one day, the child Anaïs comes into his life, forcing him to abandon his solitude. Anaïs’s Haitian mother died in childbirth, leaving her daughter destitute—now Babakar is all she has, and he wants to offer this little girl a future. Together they fly to Haiti, a beautiful, mysterious island plagued by violence, government corruption, and rebellion. Once there, Babakar and his two friends, the Haitian Movar and the Palestinian Fouad, three different identities looking for a more compassionate world, begin a desperate search for Anaïs’s family.
Publication date
August 03, 2021
Publisher
World Editions
ISBN
9781642860832
Paper ISBN
9781642860733
File size
1 MB