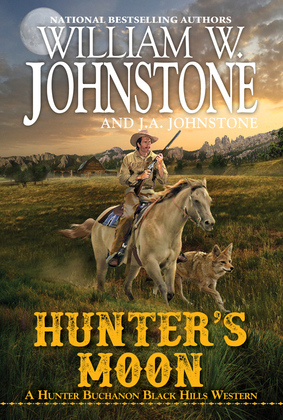 CURSE OF THE GRIZZLY MOON

A cattle ranch stalked by the ultimate predator. A heiffer gutted and beheaded by razor-sharp claws. A ranch hand crushed and shredded by powerful jaws. According to legend—foretold by Sioux Chief Red Otter—the attacks are an omen of terrible things to come. When a grizzly attacks a man or his property during a blue moon, it is a sign that the bear has been sent from someone on the other side seeking revenge against the man that killed him. And that man—the avenger’s true target—is Hunter Buchanon . . .

To end the curse, Hunter must hunt down the grizzly and kill it—before it kills him and everyone he loves. He sets off into the wilderness for the final showdown between predator and prey. But this time, Hunter is the hunted . . .