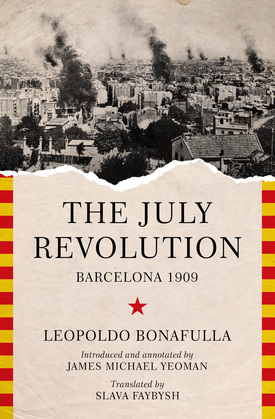 The “Tragic Week" in Spain, which took place in July 1909, began as anti-conscription riots, but soon evolved into a widespread uprising attacking the pillars of Spanish society: Church and State. It is known today mostly for its most famous martyr, Francisco Ferrer, the radical educator and founder of the Modern School who was executed by the Spanish army. But Ferrer was only one of hundreds of people who died that week in a brutal crackdown on anarchists and other radicals. Thousands were indicted by military courts, including at least fifty who received life sentences. In The July Revolution, the full story of these events is told for the first time in English, by an astute newspaper editor and eye-witness to the events. In a lively translation by Slava Faybysh and with a detailed historical Introduction by James Michael Yeoman, the notorious week is given its historical due and situated in its proper context of Spain’s imperial ambitions and the revolutionary stirrings that were precursors to the Spanish Civil War.