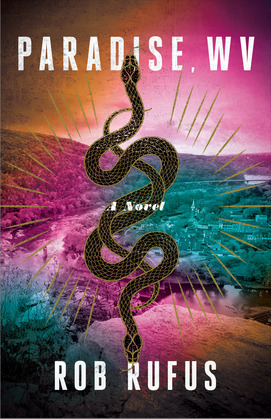 Star-Studded Author: Rob Rufus is an author, musician, screenwriter, and advocate. He is the recipient of the American Library Association’s prestigious ALEX Award and his literary debut, Die Young With Me, was named one of the “Best Books of the Year” by Hudson Booksellers and is currently being developed as a major motion picture. His follow up, The Vinyl Underground, was named one of the Junior Library Guild’s Gold Standard Selections.

West Virginia Cult and Murder Podcast: With the continued popularity of cult and true crime podcasts, Paradise, WV will appeal to a broad audience of readers from his home state of West Virginia and beyond.

Hollywood Ready: This book is a favorite among writers and producers and will make the perfect movie or tv series for fans of Ozark and Sharp Objects

Cross-over Readership: Rufus writes, “I wrote it for fans of literary fiction, both adult and YA, as well as fans of thrillers, mystery, horror, and true crime. This is an adult-themed book meant for teenagers to steal from their parents and read after dark.”