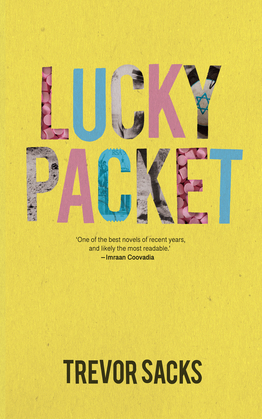 de Trevor Sacks (Autor)
Comprar por 12,00 $ Extracto
Ficción
warning_amber
One or more licenses for this book have been acquired by your organisation details

Twelve-year-old Ben Aronbach doesn’t fit in anywhere. In his small town in mid-80s South Africa, he’s an English-speaking Jew among Afrikaans Christians; in the small congregation of Jews in town, he’s the latest grudging bar mitzvah boy from a family with little interest in religion. Then Ben meets Leo Fein, a man who says he knew Ben’s late father. After a daring escapade, the pair make their getaway in Leo’s car, and Ben thinks he’s finally found his place. Until, that is, the man moves in on Ben’s mother. As Ben enters his teens, it’s clear the Aronbach family will never be the same again. Ben is thrust among political fugitives, right-wing extremists, church leaders, and renegade military men. And as the town readies itself for the referendum to end apartheid, Ben must not only face Leo Fein, but try to find redemption for his part in his family’s downfall. “One of the best novels of recent years, and likely the most readable.” – Imraan Coovadia