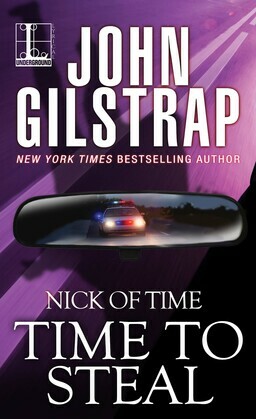 Part Three
by John Gilstrap (Author)
Buy for $2.99 Excerpt
Fiction Mystery & detective Suspense Action & adventure
warning_amber
One or more licenses for this book have been acquired by your organisation details

In the third pulse-pounding installment of John Gilstrap’s five-part novel, a nationwide manhunt for two young lovers spins out of control—and where it stops, nobody knows . . .

Nicki Janssen knows she can’t cheat death. But she can live out her last days in the arms of her beloved Brad—at least until the police catch up with them . . .

Brad Ward knows the road ahead will be filled with twists and turns. But if he hopes to beat a murder rap, he’s got to outrun the cops—with Nicki by his side . . .

They’ve stolen a car. Witnessed an armed robbery. And crossed state lines from Virginia to North Carolina. But prosecuting attorney Carter Janssen knows that his daughter is about to hit one major roadblock. Nicki needs medicine to stay alive—and every minute without it brings her closer to a dead end . . .

“Gilstrap is one of the finest thriller writers on the planet.”—Tess Gerritsen

“When you pick up a Gilstrap novel, one thing is always true—you are going
to be entertained at a high rate of speed.”—Suspense Magazine