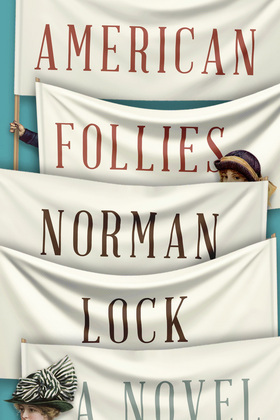 by Norman Lock (Author)
Buy for $16.99 Excerpt
Fiction Biographical Literary
warning_amber
One or more licenses for this book have been acquired by your organisation details

A young woman joins Susan B. Anthony, Elizabeth Cady Stanton, and Barnum’s circus to rescue her infant from the KKK

In the seventh stand-alone book of The American Novels series, Ellen Finch, former stenographer to Henry James, recalls her time as an assistant to Susan B. Anthony and Elizabeth Cady Stanton, heroes of America’s woman suffrage movement, and her friendship with the diminutive Margaret, one of P. T. Barnum’s circus “eccentrics.” When her infant son is kidnapped by the Klan, Ellen, Margaret, and the two formidable suffragists travel aboard Barnum’s train from New York to Memphis to rescue the baby from certain death at the fiery cross.

A savage yet farcical tale, American Follies explores the roots of the women’s rights movement, its relationship to the fight for racial justice, and its reverberations in the politics of today.