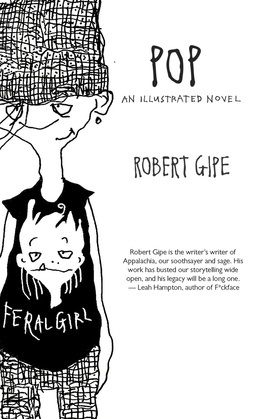 A coming-of-age story of hope, betrayal, and familial legacy set in rural Appalachia.

Set in the run-up and aftermath of the 2016 election, Pop brings the Canard County trilogy to a close as Dawn, the young narrator of Gipe’s first novel, Trampoline, is now the mother of the seventeen-year-old Nicolette. Whereas Dawn has become increasingly agoraphobic as the internet persuades her the world is descending into chaos, Nicolette narrates an Appalachia where young people start businesses rooted in local food culture and work to build community. But Nicolette’s precocious rise in the regional culinary scene is interrupted when her policeman cousin violently assaults her, setting in motion a chain of events that threaten to destroy the family—and Canard County in the process.

In the tradition of Gipe’s first two novels, Pop’s Appalachia is full of clear-eyed, caring, creative, and complicated people struggling to hang on to what is best about their world and reject what is not. Their adventures reflect an Appalachia that is overrun by outside commentators looking for stories to tell about the region—sometimes positive, sometimes negative, but almost always oversimplified.