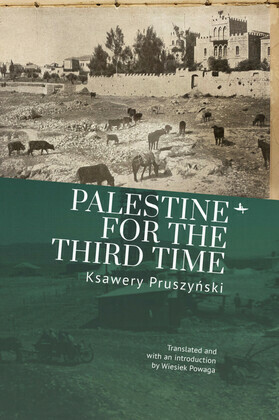 Palestine for the Third Time

Palestine for the Third Time is a book of reportage originally published in Poland in 1933 by Ksawery Pruszyński, a young reporter working for a Polish newspaper, who went to Mandate Palestine to see for himself whether the Zionist dream of returning to Eretz Yisrael had a chance of turning into reality. Travelling widely and talking to people he happened to meet on his way—Jews, Arabs, committed dreamers and the disaffected—he was trying to explain to his readers what he was seeing. This book is a unique firsthand account of the early stages in formation of the state and nation of Israel. But it's not just a nostalgic vignette. It resonates powerfully today, linking Tony Judt, Edward Said, and Amos Oz, illuminating the hotly debated questions of modern Israel.