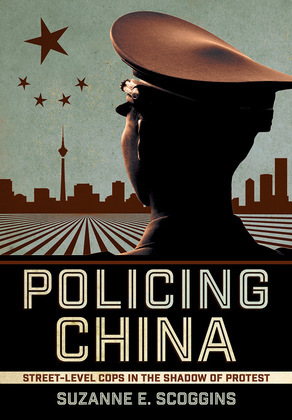 In Policing China, Suzanne E. Scoggins delves into the paradox of China's self-projection of a strong security state while having a weak police bureaucracy. Assessing the problems of resources, enforcement, and oversight that beset the police, outside of cracking down on political protests, Scoggins finds that the central government and the Ministry of Public Security have prioritized "stability maintenance" (weiwen) to the detriment of nearly every aspect of policing. The result, she argues, is a hollowed out and ineffective police force that struggles to deal with everyday crime.

Using interviews with police officers up and down the hierarchy, as well as station data, news reports, and social media postings, Scoggins probes the challenges faced by ground-level officers and their superiors at the Ministry of Public Security as they attempt to do their jobs in the face of funding limitations, reform challenges, and structural issues. Policing China concludes that despite the social control exerted by China's powerful bureaucracies, security failures at the street level have undermined Chinese citizens' trust in the legitimacy of the police and the capabilities of the state.