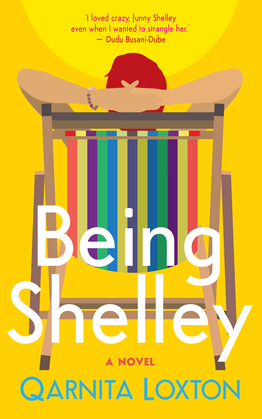 by Qarnita Loxton (Author)
Buy for $9.00 Excerpt
Fiction Romance Contemporary
warning_amber
One or more licenses for this book have been acquired by your organisation details

Shelley Jacobsen is in her forties with three-year-old twins and feels trapped in her life. She thought returning to the working world would provide some excitement but the coffee and décor shop that she opened with her friend Di is proving to be just another gilded cage. To make matters worse, Jerry, her husband, is newly consumed with Jewish guilt since having the twins, which reminds Shelley that she will always be a Shiksa as far as his family is concerned. Then she meets Wayde Smith, a sexy twenty-two-year-old surfer who smells like a Pina Colada Coconut Vanilla Dessert. She hires him as the shop’s new barista and he offers to surf coach her kids on weekends. So, why can’t a woman be friends with a young male employee? At least someone seems to appreciate last year’s tummy tuck and boob lift. Shelley is tired of fighting with Jerry; she just wants some fun. But will the fun stay harmless, or is Shelley heading for a total wipeout? Being Shelley is a mix of light and dark as it touches on issues of female ageing, sexual harassment, long-term marriage, motherhood, and evolving female friendships. The third book in the Being-series, which started with Being Kari and Being Lily, but it can also be read as a stand-alone novel.