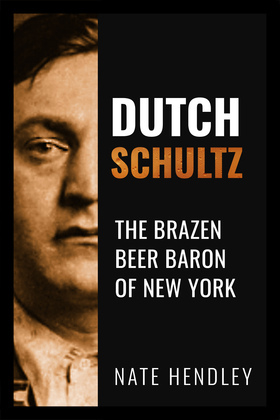 The Brazen Beer Baron of New York
by Nate Hendley (Author)
Buy for $9.99 Excerpt
Nonfiction News and investigations True crime
warning_amber
One or more licenses for this book have been acquired by your organisation details

While uncouth, unpredictable, and unpopular with his mob peers, ruthless gang boss Dutch Schultz was also wildly successful — for a time.

Playing by his own rules, “The Dutchman” always seemed to come out on top in conflicts with cops, courts, and disloyal members of his own crew. Uncouth and unpredictable, Schultz was also unpopular with his mob peers who conspired against him. Shot in a restaurant ambush, Schultz”s delirious hospital-bed rants cemented his idiosyncratic legacy.

This concise account highlights the short, violent life of one of America”s strangest gangsters.