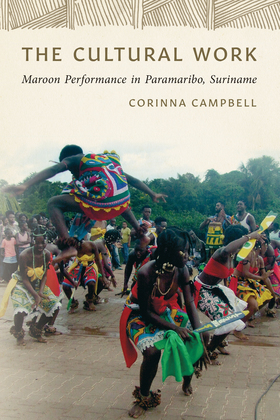 <P>How do people in an intensely multicultural city live alongside one another while maintaining clear boundaries? This question is at the core of The Cultural Work, which illustrates how the Maroons (descendants of escaped slaves) of Suriname and French Guiana, on the northern coast of South America, have used culture-representational performance to sustain their communities within Paramaribo, the capital. Focusing on three collectives known locally as "cultural groups," which specialize in the music and dance traditions of the Maroons, it marks a vital contribution to knowledge about the cultural map of the African diaspora in South America, Latin America, and the Caribbean.</P>