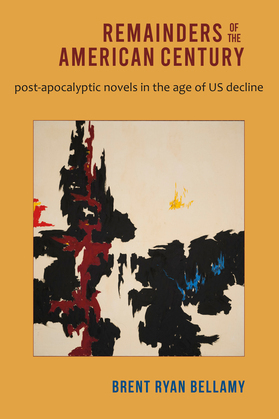 Remainders of the American Century

<P>This book explores the post-apocalyptic novel in American literature from the 1940s to the present as reflections of a growing anxiety about the decline of US hegemony. Post-apocalyptic novels imagine human responses to the aftermath of catastrophe. The shape of the future they imagine is defined by "the remainder," when what is left behind expresses itself in storytelling tropes. Since 1945 the portentous fate of the United States has shifted from the irradiated future of nuclear holocaust to the saltwater wash of global warming. Theorist Brent Ryan Bellamy illuminates the political unconscious of post-apocalyptic writing, drawing on a range of disciplinary fields, including science fiction studies, American studies, energy humanities research, and critical race theory. From George R. Stewart's Earth Abides to N.K. Jemisin's The Fifth Season, Remainders of the American Century describes the tension between a reactionary impulse and the progressive impetus for a new world.</P>