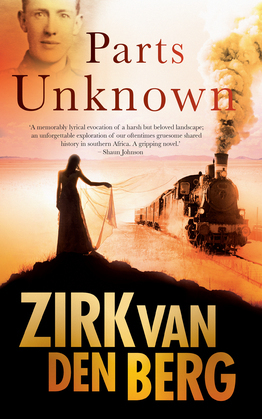 German South West Africa, 1905. The sickly Siegfried Bock comes to the colony to prove his mettle. But soon he becomes disillusioned when he witnesses the effect of the German command to kill Hereros and suppress any Nama uprising. Lisbeth Löwenstein, a poor Jewess, has to marry a German settler she’s hardly met. When he falls from his horse and dies, she chooses to flee from his farm with his Nama labourers. Mordegai Guruseb, a Damara man, escapes from a concentration camp where Hereros are dying from the harsh conditions. Before long his freedom is threatened once again. And then there is the failed doctor Albert Pitzer whose pseudoscience is debunked by Alvaus Luipert, a schoolmaster and Nama leader who revolts against the colonial dispensation. Against the unspoilt landscape of German South West Africa, the gripping entanglement of these characters’ fates builds to a denouement that will severely test their humanity.