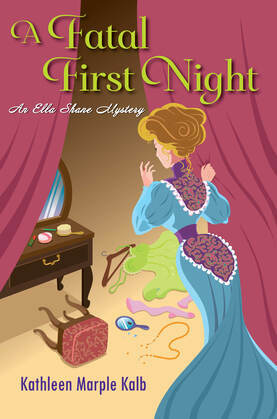 New York City, Fall 1899. Ahead-of-her-time coloratura mezzo Ella Shane has always known opening night to be a mess of missed cues and jittery nerves, especially when unveiling a new opera. Her production of The Princes in the Tower, based on the mysterious disappearance of Edward IV’s two sons during the Wars of the Roses in England, concludes its first performance to thunderous applause. It’s not until players take their bows that the worst kind of disaster strikes . . .

Flawless basso Albert Reuter is found lurched over a bloody body in his dressing room, seemingly taking inspiration from his role as the murderous Richard III. With a disturbing homicide case stealing the spotlight, Ella can’t be so certain Albert is the one who belongs behind bars . . .

Now, Ella must think on her feet while sorting out a wild series of puzzling mishaps and interlocking mysteries. Yet even when sided with her aristocratic beau, does this scrappy diva have the chops to upstage the true criminal, or will this be the last time she headlines a Broadway marquee?