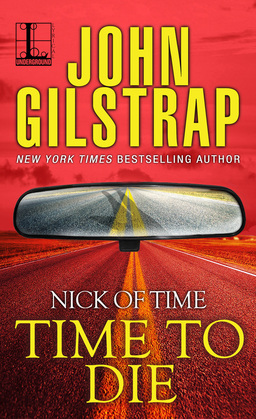 Part Four
by John Gilstrap (Author)
Buy for $2.99 Excerpt
Fiction Mystery & detective Suspense Action & adventure
warning_amber
One or more licenses for this book have been acquired by your organisation details

In the explosive conclusion of John Gilstrap's five-part novel, the high-speed pursuit of two fugitive lovers kicks into overdrive--on the ultimate collison course with destiny . . .

After plotting their escape, evading the police, and witnessing a murder, Nicki and Brad have reached the end of the line--and there's nowhere left to hide . . .

Holed up in a house in a North Carolina fishing village, they've run out of time, run out of luck, and run out of options. All they've got are a couple of hostages . . .

Two innocent people--a feisty senior and her grandson--are the bargaining chips Alex needs to buy more time. But Nicki can't wait any longer. Her life is in jeopardy, and her father is desperate enough to do anything to save her. Deputy Sheriff Darla Sweet is finding evidence that could change everything for the young lovers. But when every second counts, the only real justice comes in a hail of bullets. . .

"Gilstrap is a master of action and drama."--Gayle Lynds

"When you pick up a Gilstrap novel, one thing is always true--you are going to be entertained at a high rate of speed."--Suspense Magazine

"One of the best thriller writers."--Genre Go Round