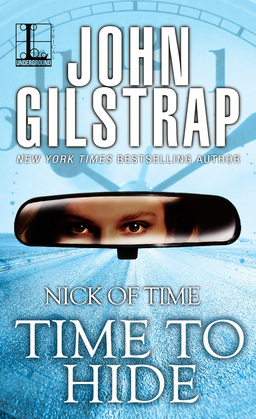 Part Two
by John Gilstrap (Author)
Buy for $2.99 Excerpt
Fiction Mystery & detective Suspense Action & adventure
warning_amber
One or more licenses for this book have been acquired by your organisation details

In the fourth electrifying installment of John Gilstrap’s five-part novel, a desperate manhunt for two reckless lovers takes a dangerous turn—heading straight for a dead end . . .

Nicki Janssen is no longer the innocent little girl her father thinks she is. She’s a wanted criminal on the run—with a convicted killer she thought she could trust . . .

Brad Ward knows he can’t outrun the cops forever. But it’s too late to stop now. With Nicki’s life and health at risk, he’s got no time to waste—and nothing left to lose . . .

Speeding away from the scene of a brutal robbery-murder, the lovers manage to stay one step ahead of the law. Nicki’s father, Carter Janssen, teams up with Deputy Sheriff Darla Sweet to follow their trail across North Carolina. But when Alex and Nicki hijack a car—and take two hostages with them—all bets are off. All stakes are raised. And all roads lead straight to danger . . .

“Grabs hold of you on page one and doesn’t let go.”—Harlan Coben

“Gilstrap as a master of jaw-dropping action and heart-squeezing suspense.”—Austin Camacho

“If you like Vince Flynn and Brad Thor, you’ll love John Gilstrap.”—Gayle Lynds

“Gilstrap is one of the finest thriller writers on the planet.”—Tess Gerritsen