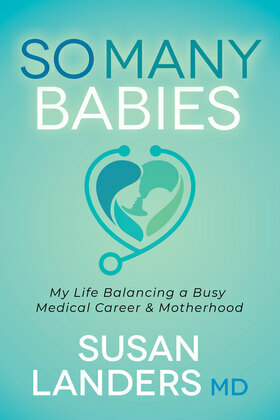 So Many Babies describes one overworked physician-mother as she journeys through medicine and motherhood raising three children.

While practicing medicine in the NICU full time for over thirty years, Susan Landers, MD met and managed many trials raising her three children, trials typical for many working mothers, such as breastfeeding, sibling rivalry, bedwetting, dyslexia, a gifted child, ADHD, a dog bite, and an adolescent eating disorder. The challenges of a full time practice and many twenty-four-hour shifts in the high-stress NICU always complicated issues with Susan?s children, but also provided her the privilege of caring for thousands of critically ill newborn infants.

Susan always felt that her career and accomplishments in medicine were equally as rewarding as raising three children. It was the constant attempt to balance these two worlds ? physician and mother - that was so daunting a task. Susan believes that most, if not all, working mothers are similarly challenged as they attempt to manage their work and being a good mother. So Many Babies describes Susan?s experiences of finding resilience and endurance throughout her career as a physician and mother. It is an entertaining and reassuring story for working mothers.