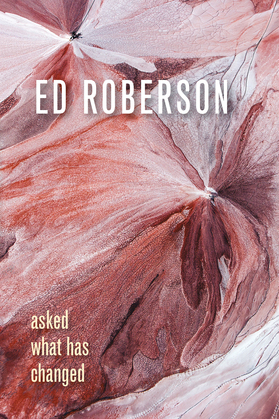 Asked What Has Changed

<P>Award-winning poet Ed Roberson confronts the realities of an era in which the fate of humanity and the very survival of our planet are uncertain. Departing from the traditional nature poem, Roberson's work reclaims a much older tradition, drawing into poetry's orbit what the physical and human sciences reveal about the state of a changing world. These poems test how far the lyric can go as an answer to our crisis, even calling into question poetic form itself. Reflections on the natural world and moments of personal interiority are interwoven with images of urbanscapes, environmental crises, and political instabilities. These poems speak life and truth to modernity in all its complexity. Throughout, Roberson takes up the ancient spiritual concern—the ephemerality of life—and gives us a new language to process the feeling of living in a century on the brink.</P><P><BR>Morello's Venice<BR> <BR> <BR>startled to hear the doctor say<BR>this would be the last time he would see it,<BR>a person used to keeping things alive<BR>talking terminus —         even more<BR> <BR>startled when he returned<BR>to hear him say it wasn't there<BR>there were terrible rains<BR>bookings cancelled.<BR> <BR>when late he arrived,<BR>everything was gone.<BR>his wife had a cold.<BR> <BR>they bundled together in blankets.<BR>he refilled my prescription to<BR>restore my soul.</P>