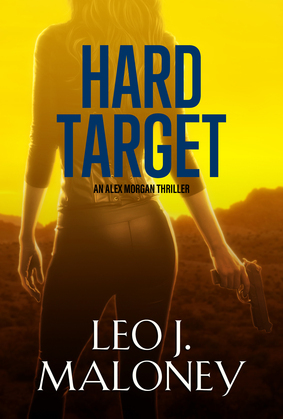 In this fast-paced, super-charged new thriller series from real-life Black Ops veteran Leo J. Maloney,  Alex Morgan, daughter of legendary operative Dan Morgan, comes into her own as an agent to be reckoned with . . .

With reports of an imminent terrorist attack in Chicago during a speech by the Vice President, Zeta Division is on high alert. Working with the F.B.I. and the Secret Service, headquarters sends Alex Morgan to lead a tactical team. But when they barely escape the explosion of a large bomb, the danger only amps up, along with the death toll. Now a primary suspect, Alex gets a simple message from Zeta: RUN.

It’s just the beginning of a harrowing cross country journey in which Alex will race to stop an attack on the largest uranium storage facility in the U.S., even as she’s chased by both police and terrorists. While Zeta and Dan Morgan himself work frantically to gather reinforcements, Alex finds help from unlikely sources—one much closer home and with far more complex, and personal motives than she can imagine. But only one thing is clear: this is a fight Alex can’t win alone.

Praise for Leo J. Maloney and His Novels

“The new master of the modern spy game.”
—Mark Sullivan