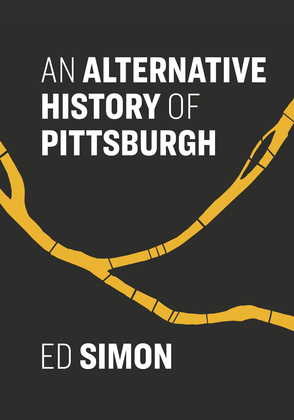 An Alternative History of Pittsburgh

Ed Simon tells the story of Pittsburgh through this collection of explorations of its hidden histories—one of Newsweek's "21 Best Books to Read This Spring."

The land surrounding the confluence of the Allegheny, Monongahela, and Ohio rivers has supported communities of humans for millennia. In the past four centuries, however, it has been transformed utterly and many times over by the people who call it home. In this brief, lyrical, and idiosyncratic new book, Ed Simon follows the story of America's furnace through a series of interconnected segments, covering all manner of Pittsburgh-beloved people, places, and things, including:

Accessible, conversational, and funny, An Alternative History of Pittsburgh is a must-read for anyone curious about this storied city, and for Pittsburghers who think they know it all-too-well already.