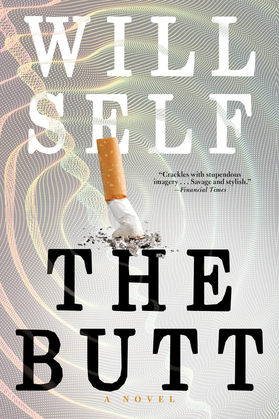 by Will Self (Author)
Buy for $17.00 Download sample
Fiction Literary Fantasy Contemporary & supernatural fantasy
warning_amber
One or more licenses for this book have been acquired by your organisation details

“The writing crackles with stupendous imagery . . . Savage and stylish.”—Financial Times

When Tom Brodzinksi tries to give up smoking, he inadvertently sets off a chain of events that threaten to upset the tenuous balance of peace in a not-too-distant land. When he flips the butt of his final cigarette off the balcony of his vacation apart-ment, it lands on elderly Reggie Lincoln, lounging on the balcony below. Lincoln suf-fers a burn, and the local authorities charge Tom with assault―in a country with draconian anti-smoking laws, a cigarette is a weapon of offense. For reparation, Tom must leave his family behind and wander through the arid center of the country’s deserted territory. Joining Tom on his journey is Brian Prentice, a mysteriously sin-ister presence, who has his own sins to make up for. Inevitably, the two men en-counter violence, forcing them to come together despite their seething mistrust. Refusing facile moral certitudes, The Butt is set in a distorted world, a country that is part Australia, part Iraq, and part the heart of a distinctively modern darkness.