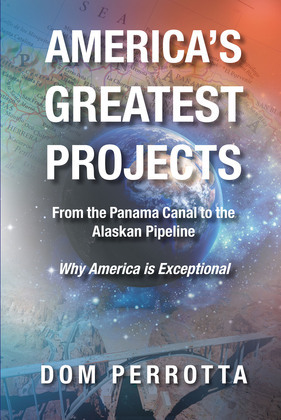 During the past 120 years, Americans have achieved phenomenal success to become the greatest nation in the history of the world. Notwithstanding the many inventions that we have created, Americans have been responsible for some of the greatest and most beneficial projects in the modern era. This publication describes how these great projects were accomplished with administrative support, proper planning and the capabilities of outstanding Americans, and have positively impacted the entire world as well as clearly benefitting the citizens of the United States of America. Some of these projects were planned for several years, or even decades, before they were initiated and developed. All involved the wisdom and commitments of government officials and agencies, engineering firms, and subcontractors. Some, such as the atomic bomb (Manhattan Project), caused enormous devastation to another country (Japan) while ending the proliferation of mass casualties from World War II.While this is a secular publication, the reader will recognize that divine inspiration and revelation were keys to our success. We begin with the Panama Canal and its many largely unknown events, some dating back to the sixteenth century. Later projects include the construction of the Hoover Dam, the Manhattan Project, and the Trans-Alaskan Pipeline. Each project emphasizes the tenacity of the engineers and other personnel as well as the role of the US government in each of these life-changing projects. Hopefully each reader will be motivated to understand Why America Is Exceptional.