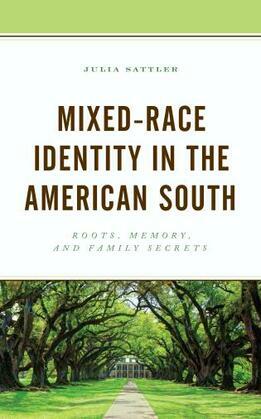 Mixed-Race Identity in the American South

This interdisciplinary investigation argues that since the 1990s, discourses about mixed-race heritage in the United States have taken the shape of a veritable literary genre, here termed “memoir of the search.”

The study uses four different texts to explore this non-fictional genre, including Edward Ball's Slaves in the Family and Shirlee Taylor Haizlip's The Sweeter the Juice. All feature a protagonist using methods from archival investigation to DNA-testing to explore an intergenerational family secret; photographs and family trees; and the trip to the American South, which is identified as the site of the secret’s origin and of the family’s past. As a genre, these texts negotiate the memory of slavery and segregation in the present.

In taking up central narratives of Americanness, such as the American Dream and the Immigrant story, as well as discourses generating the American family, the texts help inscribe themselves and the mixed-race heritage they address into the American mainstream.

In its outlook, this book highlights the importance of the memoirs’ negotiations of the past when finding ways to remember after the last witnesses have passed away. and contributes to the discussion over political justice and reparations for slavery.