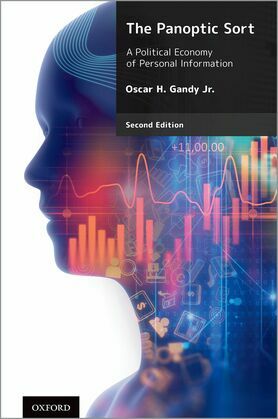 The Panoptic Sort was published in 1993. Its focus was on privacy and surveillance. But unlike the majority of publications addressing these topics in the United States at the time that were focused on the privacy concerns of individuals, especially those related to threats associated with government surveillance, that book sought to direct public toward the activities of commercial firms. It was highly critical of the failure of scholars and political activists to pay sufficient attention to the threats to individual autonomy, collective agency, and the exercise of social responsibility. The Panoptic Sort was intended to help us all to understand just what was at stake when the bureaucracies of government and commerce gathered, processed, and made use of an almost unlimited amount of personal, and transaction-generated information to manage social, economic, and political activities within society.It argued that unlike Foucault's panoptic prison, which involved continual, all-encompassing surveillance, the panoptic systems being developed at that time were turning their attention toward the development of techniques for the identification and classification of disciplinary subjects into distinct groups in ways that would increase the efficiency with which the techniques of "correct training" could be applied to those group members. While the first edition provided numerous examples from marketing, employment, insurance, credit management, and the provision of government and social services, the second edition extends descriptions of the technologies that have been developed and incorporated into the panoptic sort in the nearly 30 years since its initial publication. In addition, it places these technological advances and systemic expansions into the context of quite significant transformations in the nature of capitalism. In addition to the massive expansion in the amount of data and information being gathered, processed, and distributed for use by corporations, government agencies, and newly developing public-private partnerships, advances in artificial intelligence and machine learning have placed the development of autonomous devices into positions of power that had barely been imagined in the past. Assessments of the implications for democracy that many associate with the possibility of an algorithmic Leviathan, invite a reconsideration of Jacques Ellul's distressing predictions about the future that ended the first edition of The Panoptic Sort.