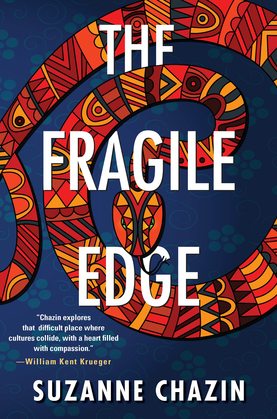 by Suzanne Chazin (Author)
Buy for $22.10 Excerpt
Fiction Mystery & detective Police procedural
warning_amber
One or more licenses for this book have been acquired by your organisation details

A sniper attack propels Latino cop Jimmy Vega on a twisting hunt for a predator who stalks the unforgiving landscape of immigrant America. Probing beyond the hardships of the journey north, Suzanne Chazin’s taut and timely novel explores the perils that await the hopeful once they reach their destination—and the price they must pay to survive . . .

Jimmy Vega straddles two worlds – the hardscrabble Bronx where he grew up as the child of a Puerto Rican single mother, and the upscale, mostly white, suburban county where he now serves as a police detective. Yet despite his sense of never belonging, he’s a good and decent cop—even if the multi-million-dollar civil suit he’s facing says otherwise.

His own troubles take a back seat when Vega learns that a court officer has just been shot and killed while transporting a controversial judge across the courthouse lot. Vega quickly surmises that the judge was the real target. She’s earned the ire of alt-right hate groups for going soft on undocumented defendants accused of petty crimes. The sole witness to the sniper’s identity is a Guatemalan girl traveling by bus from the border. And now, she’s vanished—melted into a community fearful of the police. Her days are numbered if Vega can’t get to her before the killer does.

But as Vega and his girlfriend, Adele Figueroa, head of the local outreach center, probe deeper into the shadowy farm community where immigrants toil in horrifying conditions, they tap into a chilling discovery. One that offers Vega a stark choice: keep quiet and be lauded as a hero, knowing he let the real villain go. Or risk everything for an ugly truth no one wants him to find . . .