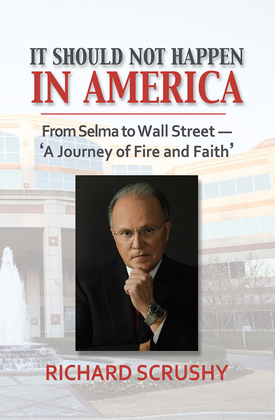 It Should Not Happen in America

A defendant in two of the most infamous Southern trials of the twenty-first century, Richard M. Scrushy has twice found himself in the crosshairs of the U.S. Department of Justice. In both cases, he proclaims his innocence. Now, in It Should Not Happen in America, Scrushy speaks out for the first time and sets the record straight.

The year is 2004. Scrushy is one of the South’s wealthiest men and his company, HealthSouth, is among America’s most profitable healthcare corporations. That is, until the carelessness and corruption of others drag him into federal prison. It Should Not Happen in America details in Scrushy’s own words the events surrounding his legal battles at the turn of the century. The engaging memoir contains never-before-shared insights into the inner life of one of modern Alabama’s most vilified public figures.For the first time, Scrushy bears witness to the faith and character that guided the former HealthSouth CEO from a prison cell to achieving Wall Street success all over again. This story isn’t as seen on TV, and the events featured in It Should Not Happen in America are described credibly and engagingly.