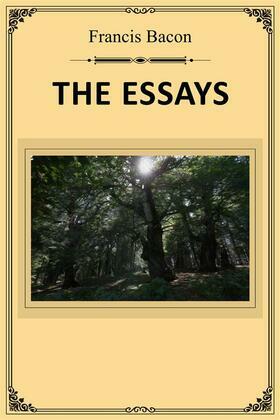 One of the major political figures of his time, Sir Francis Bacon (1561-1626) served in the court of Elizabeth I and ultimately became Lord Chancellor under James I in 1617. A scholar, wit, lawyer and statesman, he wrote widely on politics, philosophy and science - declaring early in his career that 'I have taken all knowledge as my province'. In this, his most famous work, he considers a diverse range of subjects, such as death and marriage, ambition and atheism, in prose that is vibrant and rich in Renaissance learning.