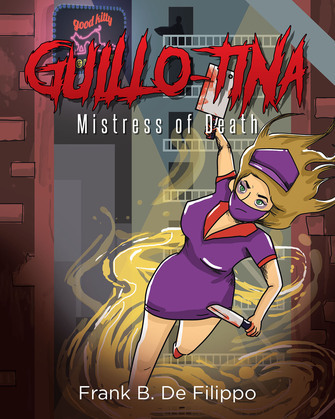 It's Cristina Hawkins's thirtieth birthday, and the aging stripper has just spent her special night giving another local scumbag a lap dance in the champagne room at the place she works. And when she gets roughed up by her customer yet again, something seems to change in Cristina, and along with an ever-changing port city of Clearwater-a rough and wild place where anything seems to go and the rich call all the shots-nobody's ready for the scourge on the city that seems to first spread at the very place Cristina works at: Good Kitty Strip Club. And within the midnight streets of Clearwater, a serial killer is also rumored to be causing havoc on a busy population, although nobody really seems to be doing anything about it. Five years before, the bitter memory of a great flood that swept through the city has kept Clearwater in a state of forgetfulness and quiet despair of what they fear may be coming from lands far away, and from sinister figures who seem to appear from ages ago-and also from a present time where masked vigilantes, biker gangs with sawed-off shotguns, street poets, famous singers, and corrupt politicians all clutch their hands around the throat of a city on the brink of destruction.