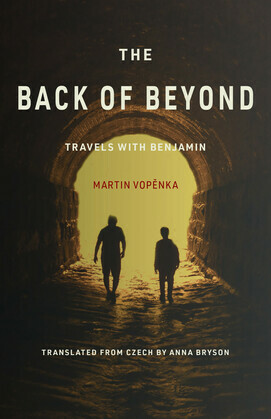 The Back of Beyond

Martin Vopěnka’s novel, The Back of Beyond—Travels with Benjamin, is the story of a middle-aged man, who—despite his professional success and affluence—lacks fulfillment. After the tragic death of his wife, he is left alone with his eight-year-old son and quickly realizes that if he wants to succeed in the role of single parent that has suddenly been thrust upon him, he has to change fundamentally. So, he takes his son and sets out on a journey to what he dubs the Back of Beyond. Without telling anyone of their plans—in fact, without any plans to speak of—father and son travel from city to city, from country to country, assembling a travelogue that includes not only depictions of exotic places and colorful encounters, but also an inner journey, deep into the human experience and the complexities of living in a post-communist world. With its unique blend of sensitive and suggestive language, The Back of Beyond - Travels with Benjamin is a stylistic gem, rendered in seamless translation and appearing here for the first time in English.