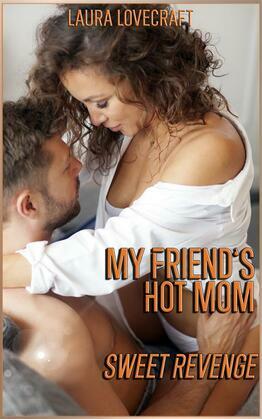 Bret always tries to do the right thing, but it's not easy. After all, lusting after his best friend Josh's mother, Lori, isn't really the right thing, but he can't help how he feels. When he catches Josh's father cheating, he knows he needs to tell Lori. The ensuing fallout makes him wonder if this was a case of no good deed goes unpunished. That is until Lori's revenge becomes Bret's reward!

"You wanted to talk about something?" He didn't want to keep hearing her talk about sex, even if it was the lack of.

"I do. I was thinking, Bret." Her smile returned. "About what you did, and the things Tom said."

"You did me a favor. Showing me proof of what he was doing was the last straw. Today I have my freedom again. I owe you a thank you."

"You've said it before, and just did again."

"No, those are words. I owe you something better than that. I thought what could I do for this brave young man? That led to thinking about Tom; all those cracks I'm boring, and old, no fun anymore.

"I was that way because of him, and with him gone, I think it's time to be exciting, and fun, and..." He gasped when she placed her hand on the growing bulge between his legs. "Dirty," she added in a whisper.

"Lori, you...can't do that." He put his hand on her wrist and tugged, but she resisted, and when she gave him a squeeze, he released a startled moan.

She lifted the arm rest between them and slid closer, her free hand sliding across his chest, caressing him.

"A young man that's been staring at me for a long time."

"Sorry, I just think...I mean," he groaned when she rubbed him through his jeans.

"Doesn't feel wrong," she continued to rub and although his hand was on her wrist, he was no longer trying to move it. "Feels right to me."

"Josh," he managed the word as she slid her hand down his body and into his lap, joining the other to unsnap his jeans.

"Never needs to know." She flicked her tongue across his ear and he both heard and felt his zipper being pulled down.

"Yeah," her fingers slid into his open jeans. "This boring old lady has decided to that my cheating ex deserves some payback, even if he never knows it."

Their faces were only inches apart and he could smell both her perfume and tequila on her warm breath. "I owe you, baby," she purred in a voice that oozed sex and promise as her fingers slipped into the slit in his boxers.

"My revenge is going to be your reward."

Lori deftly freed him from his boxers and with no hesitation lowered her head into his lap.