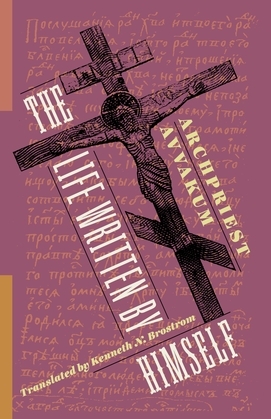 The Life Written by Himself

Moscow in the middle of the seventeenth century had a distinctly apocalyptic feel. An outbreak of the plague killed half the population. A solar eclipse and comet appeared in the sky, causing panic. And a religious reform movement intended to purify spiritual life and provide for the needy had become a violent political project that cleaved Russian society and the Orthodox Church in two. The autobiography of Archpriest Avvakum—a leader of the Old Believers, who opposed liturgical and ecclesiastical reforms—provides a vivid account of these cataclysmic events from a figure at their center.

Written in the 1660s and ’70s from a cell in an Arctic village where the archpriest had been imprisoned by the tsar, Avvakum’s autobiography is a record of his life, ecclesiastical career, painful exile, religious persecution, and imprisonment. It is also a salvo in a contest about whether to follow the old Russian Orthodox liturgy or import Greek rites and practices. These concerns touched every stratum of Russian society—and for Avvakum, represented an urgent struggle between good and evil.

Avvakum’s autobiography has been a cornerstone of Russian literature since it first circulated among religious dissidents. One of the first Russian-language autobiographies and works of any sort to make use of colloquial Russian, its language and style served as a model for writers such as Tolstoy, Dostoevsky, and Gorky. The Life Written by Himself is not only an important historical document but also an emotionally charged and surprisingly conversational self-portrait of a crucial figure in a tumultuous time.