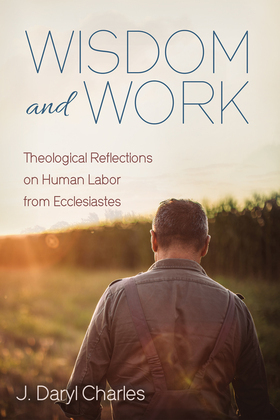 Alluring yet frustrating. Charming yet maddening. Such is our reaction to the literary wonder called Ecclesiastes (Qoheleth), a "wisdom" book that has captured the fascination of readers everywhere for over two millennia with its mix of poetry and personal reflection, its probing of the human experience and its piercing assessment of human activity--especially human labor. Its "All is meaningless!" lament, which frames the document, is well known to all. But its message and the structure of the writer's argument remain disputed, even among professional scholars. Often overlooked, when not ignored, is the relationship between joy or contentment and the fear of God. And almost universally ignored in standard commentary is the role that satisfaction in our work plays in the life of the God-fearer. Against the mainstream of biblical scholarship, Wisdom and Work argues for the presence of a double theme in Ecclesiastes. It argues that, based on the writer's literary-rhetorical strategy, two diametrically opposed outlooks on life are being contrasted in Ecclesiastes, and that meaning and purpose, not "meaninglessness," are by divine design to be the norm - a norm that infuses the daily, the ordinary, and perhaps most significantly, our work.