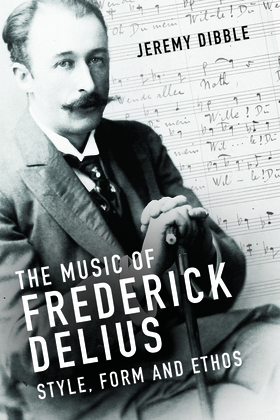 The Music of Frederick Delius

Style, Form and Ethos
by Jeremy Dibble (Author)
Buy for $24.95 Excerpt
Nonfiction Arts Music Classical
warning_amber
One or more licenses for this book have been acquired by your organisation details

Frederick Delius' (1882-1934) music has proved impervious to analytical definition. Delius's approaches to genre, form, harmony, orchestration and literary texts are all highly individual, not to say eccentric in their deliberateaim to avoid conformity. Rarely does Delius follow a conventional line, and though one can readily point to important influences, the larger Gestalt of each work has a syntax and coherence for which conventional analytical methodsare mostly inadequate. Delius's musical style has also defied one of the most essential critical tools of his musical epoque - that of national identity. His style bears no relation either to the Victorian or Edwardian aestheticof British music spearheaded by Parry, Stanford and Elgar before the First World War, nor to the more overtly nationalist, folk-song-orientated pastoralism of post-war Britain in such composers as Vaughan Williams and Holst. In contrast, Delius acknowledged himself a 'stateless' individual and considered that his music refused to belong to any national school or movement.
To test these claims, the book explores a number of important factors. Delius's musical education at the Leipzig Conservatorium and the works he produced there. Delius's musical voice, notably his harmonic and melodic style and the close structural relationship between these two factors. The book also explores the question of Delius and 'genre' in which the investigation of form is central, especially in opera, the symphonic poem, the choral work (where words are seminal to the creation of structural design) and the sonata and concerto (to which Delius brought his own individual solution). Other significant factors are Delius's cosmopolitan use of texts, operatic plots and picturesque impressions, his relationship to Nietzsche's writings and the genre of dance, and the role of his 'earlier' works (1888-1896) in which it is possible to plot a course of stylistic change with reference to the influences of Grieg, Sinding, Florent Schmitt, Wagner, Strauss and Debussy.

JEREMYDIBBLE is Professor of Music at Durham University. He is the author of C. Hubert H. Parry: His Life and Music (1998), Charles Villers Stanford: Man and Musician (2002), Michele Esposito (2010). With Boydell, Dibble has published John Stainer: A Life in Music (2007),Hamilton Harty: Musical Polymath (2013), British Musical Criticism and Intellectual Thought, 1850-1950 (2018) (with Julian Horton).