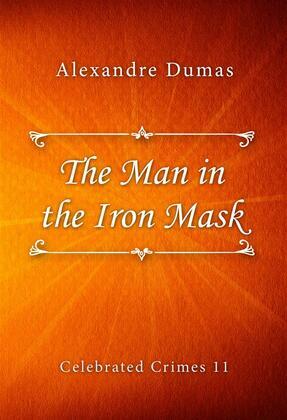 This book contains a fascinating reflective essay on the themes, facts, and fiction in Alexandre Dumas’s historical novel The Man in the Iron Mask. An interesting and accessible exploration of the famous story, this essay is highly recommended for those who have read and enjoyed the final episode in the d’Artagnan Romances, and will be of special utility to students.

In the concluding installment of Alexandre Dumas’s celebrated cycle of the Three Musketeers, D’Artagnan remains in the service of the corrupt King Louis XIV after the Three Musketeers have retired and gone their separate ways. Unbeknownst to D’Artagnan, Aramis and Porthos plot to remove the inept king and place the king’s twin brother on the throne of France. Meanwhile, a twenty-three-year-old prisoner known only as “Philipe” wastes away deep inside the Bastille. Forced to wear an iron mask, Philipe has been imprisoned for eight years, has no knowledge of his true identity, and has not been told what crime he’s committed. When the destinies of the king and Philipe converge, the Three Musketeers and D’Artagnan find themselves caught between conflicting loyalties.