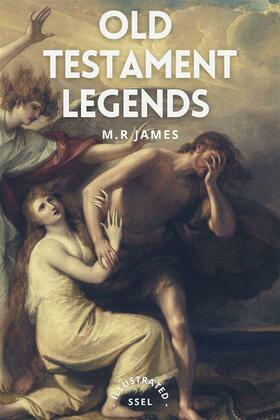 If you read the title-page of this book, you will see that it contains stories taken "out of some of the less-known apocryphal books of the Old Testament."

In this present book, I am only concerned with the apocryphal stories; with the prophecies and visions and psalms I have nothing to do.

I have now said enough to show of what sort the tales are that are told in this book—some of them told for the first time in English. They are not true, but they are very old; some of them, I think, are beautiful, and all of them seem to me interesting.

2. The Death of Adam and Eve

4. The Story of Aseneth, Joseph's Wife

6. Solomon and the Demons

7. The Story of Ebedmelech the Ethiopian, and of the Death of Jeremiah