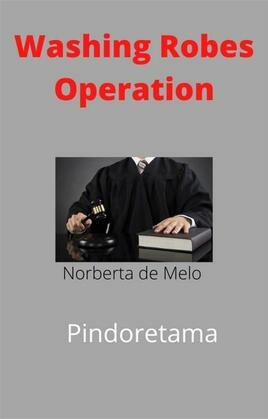 
The romance between Attorney General Roberto Nascimento and his beloved Nina enters a new stage. They'll have to fight hard to be together and start their longed-for family. Many troubles are yet to come. Roberto's personal life will undergo twists and turns and his fate may end up influencing Pindoretama's policy. Police operations continue in full throttle, only this time, even leading figures of the Judiciary will be targeted by the National Police. The role of Attorney General led Roberto to make many enemies in politics.


What he didn't expect, however, was for someone else to become his great enemy, bringing with her secrets that even the prosecutor did not know. Many other things that were dormant in the past will also appear not only in Roberto's life.


The third book in the Pindoretama series brings many surprises and personal issues arise in Roberto's life that led him to question his masculinity and the way he relates to the women in his life. On the other hand, however, Pindoretama's policy will have an unexpected outcome.