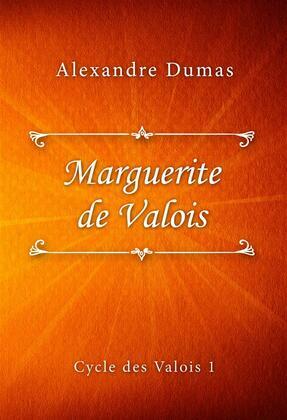 First published in 1845, this novel is set in Paris in August 1572, during the reign of Charles IX and the French Wars of Religion. The novel’s protagonist is Marguerite de Valois, daughter of the deceased Henry II and the infamous scheming Catholic power player Catherine de’ Medici.
Although Marguerite herself is excluded from the throne by the Salic Law, her marriage to a Protestant prince offers a chance for domestic reconciliation during the late 16th century reign of the neurotic, hypochondriac King Charles IX, a time when Catholics are vying for political control of France with the French Protestants, the Huguenots. Catherine decides to make an overture of goodwill by offering up Marguerite in marriage to prominent Huguenot and King of Navarre, Henri de Bourbon, although she also schemes to bring about the notorious St. Bartholomew’s Day Massacre of 1572, when thousands of Protestants are slaughtered. The marriage goes ahead but Marguerite, who does not love Henri, begins a passionate affair with the soldier La Mole, also a Protestant from a well-to-do family. Murders by poisoning follow, as court intrigues multiply and Queen Catherine’s villainous plotting to place her son, the future Henry III on the throne threatens the lives of La Mole, Marguerite and Henri.