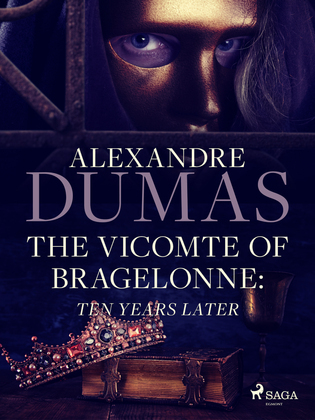 by Alexandre Dumas (Author), Anonymous (Translator)
Buy for $14.99 Excerpt
Fiction Classics Mystery & detective Traditional British
warning_amber
One or more licenses for this book have been acquired by your organisation details

The Four Musketeers return; middle-aged and battle-weary, but always ready for a new adventure.

The setting is France in the 1660s. There’s a new king on the throne, and D’Artagnan is not impressed. After 35 years of service, he resigns his position in the Musketeers. But the fates soon draw D’Artagnan back into the fold. Alongside his old comrades, Athos, Aramis and Porthos, he’ll play a crucial role in King Louis XIV’s transition from weak-willed adolescent to a man worthy of the title The Sun King.

"The Vicomte of Bragelonne" is the first volume of Dumas’ "Ten Years Later". It continues "The Three Musketeers" saga in style, full of all the romance and swordplay you’ve come to expect.