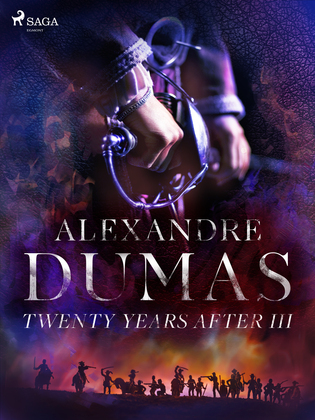 The kings of France and England are facing the chopping block. Can the musketeers save them both?

In this third part of Dumas’ "Twenty Years After", war is waging on both sides of the channel. D’Artagnan and Porthos are dispatched to England with a message for Oliver Cromwell. Soon drawn into the conflict, they’re shocked to find themselves facing two unlikely opponents on the battlefield—Athos and Aramis. Will our four heroes draw swords against each other?

These action-heavy chapters still find room to let each musketeer’s personality shine. Expect heroism, romance, and suspense by the bucketload.