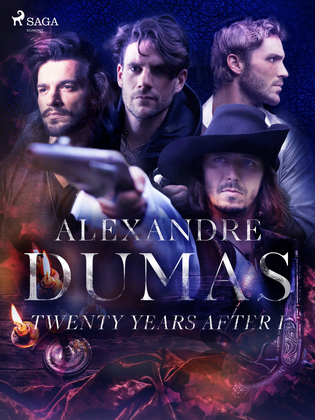 Twenty Years After I

It’s the time for heroes. But the Musketeers are no more.

As Dumas’ "Twenty Years Later" begins, only D’Artagnan still serves in the Queen’s guard. Porthos, Aramis, and Athos are living comfortable lives, their fighting days long behind them. But all that’s about to change. With the country on the brink of civil war, D’Artagnan is given a dangerous new mission, and he knows he’ll need his old friends by his side.

Expanding upon the mythology of "The Three Musketeers", the sequel is just as packed with sword fights, conspiracies, and political double dealings. And a very hateable new villain in Cardinal Mazarin. This first part of the novel sets the scene for the adventure that follows.