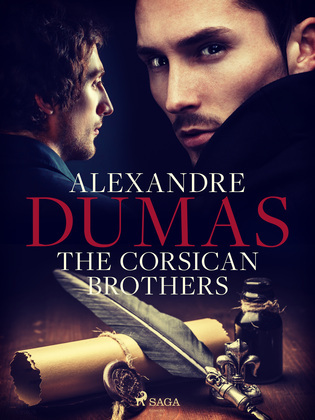 by Alexandre Dumas (Author), Henry Frith (Translator)
Buy for $2.99 Excerpt
Fiction Classics Fairy tales, folk tales & mythology
warning_amber
One or more licenses for this book have been acquired by your organisation details

Two brothers, blessed with a telepathic connection, living under the shadow of a family vendetta. Can their strange power protect them?

In "The Corsican Brothers", Alexander Dumas ventures into the supernatural. The brothers of the title, Lucien and Louis, are born as conjoined twins, but then separated. Despite this, they can still sense what the other is feeling, no matter the distance between them. This mysterious bond is tested when a centuries-old feud erupts into violence.

A sprightly novella, "The Corsican Brothers" has been adapted multiple times for the screen. Matinee idol Douglas Fairbanks Jr. played the dual roles of the brothers in a 1941 movie version. And the book also partly inspired the Gene Wilder comedy "Start the Revolution Without Me".