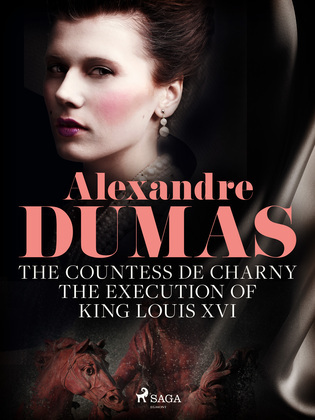 The Countess de Charny: The Execution of King Louis XVI

by Alexandre Dumas (Author), Henry Llewellyn Williams (Translator)
Buy for $2.99 Excerpt
Fiction Classics Mystery & detective Traditional British
warning_amber
One or more licenses for this book have been acquired by your organisation details

Stories of her arrogance and extravagance fanned the flames of revolution. But did Marie Antoinette really deserve her reputation?

Alexandre Dumas seeks to find an answer in "The Countess de Charny: The Execution of King Louis XVI". It’s an epic dramatisation of the French Revolution, with Marie at its centre. Around her, Dumas weaves a tapestry of romance and politics, taking in characters from every rung of 18th century French society. It all builds to the royal family’s grisly end, as first Louis XVI, and then his queen, are sent to the guillotine.

Picking up where "Taking the Bastille: Ange Pitou" left off, this fast-paced read brings history to vivid life. It's also makes a great companion piece to the movie "Marie Antoinette" with Kirsten Dunst.