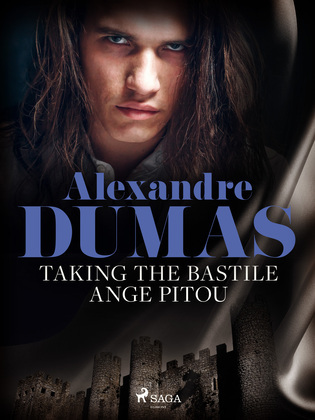 by Alexandre Dumas (Author), Henry Llewellyn Williams (Translator)
Buy for $2.99 Excerpt
Fiction Classics Mystery & detective Traditional British
warning_amber
One or more licenses for this book have been acquired by your organisation details

To rescue one man, they must start a revolution.

It’s 1789, and Paris is on the brink of revolt. The king’s own physician, Dr. Gilbert, had been thrown in jail for being a subversive. But Gilbert’s friends are planning an audacious rescue. It will be the trigger for the entire revolution, sparking events that would change France, and the world, forever.

Part of the "Marie Antoinette Romances", "Taking the Bastille: Ange Pitou" is historical fiction as only Alexandre Dumas can write it. An action-packed, high-stakes drama, it features many famous figures of the time. These include the preening queen Marie Antoinette, and Marquis de Lafayette, who’ll be familiar to lovers of the musical "Hamilton".