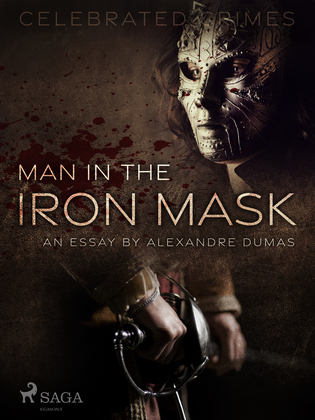 Man in the Iron Mask (an Essay)

by Alexandre Dumas (Author), I. G. Burnham (Translator)
Buy for $2.99 Excerpt
Nonfiction Biography & autobiography Fiction
warning_amber
One or more licenses for this book have been acquired by your organisation details

Imprisoned for three decades. His face never seen. Who was "The Man in the Iron Mask?"

In the novel "The Vicomte of Bragelonne: Ten Years Later", Dumas revealed the man to be Louis XIV's identical twin. But that’s far from the definitive answer. Here, Dumas dives into the real events that inspired his story, and dissects the other theories of the time. Was the prisoner in fact The Duke of Monmouth, illegitimate son to England’s King Charles II? Or the disgraced French minister Nicolas Fouquet?

A recommended read for fans of Dumas’ novel, but also anyone who loves a great unsolved mystery.