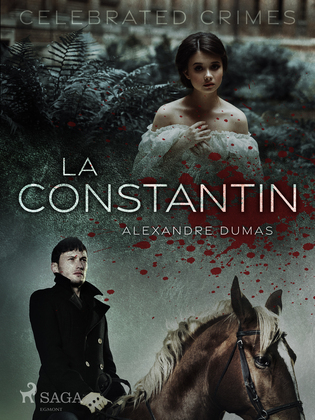 In a morally corrupt society, where does the guilt for a crime really end?

In "La Constantin", Alexandre Dumas introduces us to two women who met untimely ends—Angelique-Louise de Guerchi and Josephine-Charlotte Boullenois. While they were killed by a pair of poisoners, Dumas points the reader towards other forces that led to their deaths. Namely, the husbands and fathers who controlled their lives.

A history of violence, "La Constantin" also doubles as a critique of the sexist morals and codes of 17th Century France. The book will definitely appeal to lovers of true crime fiction and diehard fans of Dumas.